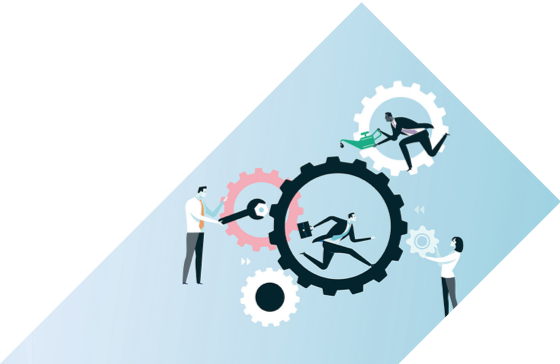 At the height of the pandemic in 2020 so many UK plcs – Board and Executive teams – surprised themselves with their speed of decision making. Twelve months later many are trying to capture that magic formula to ensure that it was not just a one-off. But with anticipated BEIS audit reforms, and increased scrutiny on large companies’ ESG credentials, the regulatory and governance tide is still coming in and only likely to slow the speed of execution.

The role of the Company Secretary, Head of Internal Audit and HR Director/Head of Reward in facilitating smooth decision making at Board level is often unseen but certainly felt. In our three part series, Board Agility – Oiling the Machine, we are evaluating each of these roles and how the best-in-class make a difference. We start with the Company Secretary.

The skills and attributes of Company Secretaries who make a difference

Trusted Relationship with the Chair – whilst there is a power imbalance, the best Company Secretaries (often also General Counsel see below) transcend that. Of course, chemistry helps, but most important is that the Company Secretary has the confidence to be candid. Chairs want, and need, their Company Secretary to tell them what they think – what is working and what is not working, help them fathom what is not being said at Board meetings, where the tensions lie and how the meetings can work better. The governance bases need to be covered so that there are ‘no surprises’ but the best Company Secretaries are a thought-partner, a sounding-board and a wise counsel.

Right Issue, Right Time and Right Question – from the relationship derives the prize which is Chair and Company Secretary working together to craft high quality Board agendas. The high quality agenda facilitates the Board in drilling down to the real issue to be discussed as opposed to running out of time because peripheral issues have taken over the agenda. The work that is done behind the scenes is key and the role of the Company Secretary in understanding the issues, getting hold of high quality papers that bring the Non-Executive Directors (NEDs) up to the requisite level of understanding and then, with the Chair, shaping the critical question or questions is a highly valuable skill. It requires intellect, commercialism and proactivity.

Continuous Improvement and Innovation – the best Company Secretaries exude a behind the scenes calm but have an underlying restlessness for ways to make ‘it’ better. In our work with them we observe the standouts steadily improving the machinery of governance, removing the burden of administration from the NEDs and Executives and alert to any tick-box exercise and striving to ensure that it produces something worthwhile.

As part of this, the dynamic Company Secretaries are now grappling with the balance of in-person Board meetings versus virtual ones and how to make both equally effective. They are also considering whether the use of video can improve board papers and how AI can improve decision-making.

Fount of Knowledge – the Company Secretary is often the ‘corporate knowledge’, and with that the ‘continuity candidate’ of a changing board and executive team but, the best go so much further. We see them connecting other executives around the company with a specific NED so that they can tap into that NED’s specialist subject area. We see them connecting the organisation from the centre, eradicating duplication where two teams unbeknownst to each other are conducting the same exercise, and we see them sought out regularly by NEDs and a wide-range of executives for off-the record insight.

Are the best Company Secretaries shifting board time from governance to strategic decision-making – are they stopping the tide? Probably not – the volume and speed of new regulatory and governance expectations for a UK plc is unrelenting, but they are certainly smoothing it.

Below we analyse the market for this talent with the following key findings:

The traditional route to the role of Company Secretary, via the ICSA qualification, is almost a thing of the past. With companies demanding higher quality people in the role they have tended to turn to the legal function and convert from there.

More often than not the decision on which route to go is shaped by the availability of external talent and the skillset and interest in double hatting of the General Counsel. In the largest UK plcs the double hatting role is extremely demanding and, for the occupant of the role to have any chance of success, being surrounded by very high quality deputies in Legal and Company Secretary is critical. Ultimately in the Company Secretary, the organisation is looking for the skills identified above alongside individuals who can exercise first-class judgement – the single most important ingredient we look for in functional leaders.

Whether double hatting or stand alone, the Company Secretary market represents one of the deepest pools for increasing gender diversity.

Strong on gender diversity, the Company Secretary is still woefully underrepresented by minority ethnic candidates. Just 4 in FTSE 100 and 7 in FTSE 250.

In the past 12 months the market has seen a slight uptick in activity with 11 new appointments of Company Secretaries at Avast, Bunzl, Diageo, Entain, Johnson Matthey, Land Securities, National Grid, Pearson, Segro, Smurfit Kappa, and WPP. Of these, four were internal promotions, eight are female and, of the three male appointments, one is a minority ethnic candidate. In FTSE 250 there have been 15 appointments, two of which were internal and eight female.

Board Agility – Oiling the Machine

Stepping up to the diversity challenge