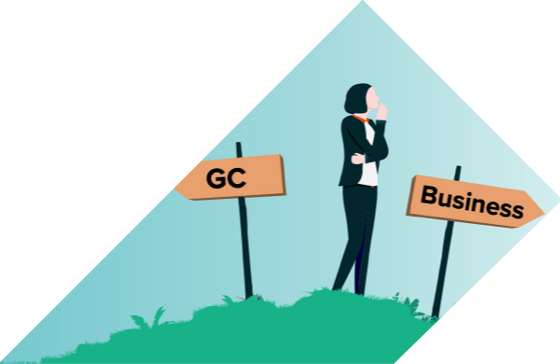 Hedley May spoke to three individuals who left the role of General Counsel (“GC”) behind to run a business. Their move built upon the legal foundation but drew upon some existing strengths, less readily exploited in the role of GC.


A large part of lawyers’ training and careers revolves around understanding things. That inquisitive nature is going to be very advantageous because a curiosity in business and how things work within the business is essential in making the transition from the GC role.


Empowering leadership is essential. Success won’t be possible without the ability to leverage a strong team comprised of individuals who can be trusted to deliver and lead.


A move into the business will bring heightened levels of ambiguity and navigating this will require more than just strong judgement . A potential limitation for lawyers in making the transition is an over dependence on reasoning and logic, rather than being willing to act on conviction and create followership.

There is a difference between being a risk taker and an adviser to the business. A move into the business will require the adoption of a more protagonist mindset and willingness to challenge the status quo.


Taking an unconventional path to the GC position can have benefits. There is an argument that those who come from elite law firms and have had straightforward career paths are more likely to possess perfectionist traits. This could result in a reluctance to take chances and make mistakes. Taking chances is critical to unlocking opportunities and broadening a career beyond the GC role.


Resilience is a key trait in moving from the GC role. High levels of resilience are required to handle the strain which comes with stepping outside of a comfort zone and into new areas. The application which is required to reach the GC position will have developed the resilience muscle.

Leaving the GC role behind


Moving away from a role that feels familiar and safe will be difficult. Key is committing to the new career path.
For example, the decision to not renew a practice certificate might actually be an empowering step.

The expectations which come with a move into the business can feel exposing. A sporting analogy, the difference between performance measurement in football and cricket, is a helpful representation. As head of a business you are measured on your numbers (as in cricket), in comparison to being a GC where it can be more difficult to discern whether you are performing well or poorly (as in football).

The Art of Attracting Board Talent in a Changing World