Inclusion is about Diverse Outcomes

Over 55% of our placements in the last four years have been diverse hires. 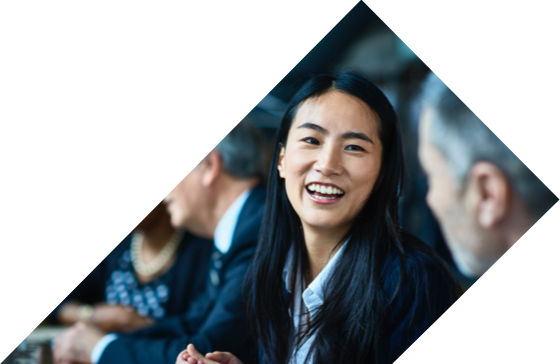 Hedley May represents clients and candidates from all backgrounds, cultures and communities. We respect difference, value diversity and believe in the critical importance of inclusion.

We help you grow and retain a diverse workforce. We will work with you, and sometimes challenge you, to run an inclusive process from defining the role at the outset through to successful integration.

What the Hedley May team says about Diversity & Inclusion

“Representation and inclusion do not just happen; it takes active work to change the status quo in both big and small ways. We are stronger when all of us are part of the solution.”

“It is one thing to invite a diverse candidate to the table. However, it is another to empower that individual to have a voice at that table.”

“Different ideas and perspectives challenge established thinking. This freedom to challenge is an essential driver of improvement and innovation.”

What do we do Differently?

We look in places others don’t.

We seek out the unusual suspects. We refuse to place any limitation on our search for world-class talent.

And we encourage our clients to do the same.

Diversity, Equity and Inclusion are ingrained in our shortlists, as it is our business. We are experts in discovering diverse talent who will make the world of difference to your business.

How do we Encourage our Clients?

We recognise our responsibility to encourage our clients to challenge their own thinking.

With courage and empathy, we challenge clients to consider their recruitment processes.

And together, we ensure they are not a barrier to inclusive leadership but a gateway.

We ensure they break through hidden structural obstacles, have diverse interview panels, cultivate Belonging, and go beyond a “box-ticking” approach to diversity, equity and inclusion.

This practice helps uncover unconscious biases, allows diverse talent to access opportunity and reflects back positively on a client, demonstrating their commitment to a truly inclusive future.

What Influences a Successful Diverse Outcome?

In 2021, we announced our first Diversity, Equity and Inclusion Advisory councils in the UK and the US.

Asif is currently Senior Vice President, Head of Equity and Inclusion, International at WarnerMedia and has a long and rich career in the diversity and inclusion space with senior roles at Adidas, The Telegraph Media Group, EY Financial Services and the City of London Police.

Asif has received a number of accolades for his work that include the Mosaic (Prince’s Trust) Award for mentoring, Police Oﬃcer of the Year Award, the Civil Servant of the Year Award and the highly commended Head of Diversity Award at the European Diversity Awards. Asif was honoured in 2017 in the Queen’s birthday honours list and is a member of the HR Guild, The Worshipful  Company of Security Professionals and is a Freeman of the City.

He is currently a leadership fellow at St George’s House at Windsor Castle, a Judge for numerous Awards including the CIPD Awards, BIMA Awards, Personnel Today Awards and the Lord Mayor’s Dragon Awards, an Ambassador for Remembering Srebrenica, Member of the APPG (All Party Parliamentary Group) on Hate Crime, Special Advisory to the charity Penny Appeal and a member of the AICPA board.

Marissa has spent over 10 years spearheading and advancing initiatives to improve organizations’ commitments to social impact and inclusion, with a focus on underrepresented communities. She has done so with organizations including WeWork, RISE San Diego, UNHCR, & the Congressional Black Caucus Foundation. She also founded non-profit, NOLArize!, to aid in community rebuilding efforts after Hurricane Katrina. She currently serves as an Advisor for Root Financial, WorkSchool, co-chairs the B Local NYC Board, and teaches social innovation at City College’s Colin Powell School for Civic and Global Leadership.

She is the recipient of various awards, including Harvard’s Public Service Fellowship and the Cultural Bridge Fellowship from Harvard Kennedy School’s Women and Public Policy Program. She holds a BA with honors from Swarthmore College and a Master’s in Public Policy.

Liz is currently interim CEO of R3 – the trade body for restructuring professionals in the UK – an organisation she was honoured to be elected by her industry peers to be President, earlier in her career.

Liz had a long and illustrious career with Big 4 ﬁrm EY. As well as an outstanding career as a restructuring expert, she held a number of positions of responsibility in the ﬁrm. These include her role as Managing Partner of the UK and Ireland Board which led the development and delivery of the ﬁrm’s extraordinarily successful strategy for employer brand, talent development and Diversity and Inclusion. This strategy not only enhanced EY’s reputation but also resulted in Liz being recognised by HM Queen with the honour of OBE for services to equality in the workplace.

Liz has received numerous awards and honours throughout her career including ranked in the top 50 of World Pride Power List of inﬂuential LGBT people worldwide, in the top 20 of the FT Top 50 Outstanding in Business List and in a number of other lists including both appearing in and later judging BBC Radio 4 Woman’s Hour 100 Power List. She holds an Honorary Doctorate of Business Administration from BPP University.

Carlos received his bachelor’s degree and law degree from the University of Virginia where he was an Echols, Achievement, Underwood and Hardy Cross Dillard Scholar. He was recognized for his contributions to the University by being initiated into the IMP, Thirteen and Raven Societies. In law school, he served as president of the Black Law Students Association.

He is a 2006 Richmond Style Weekly Top 40 under 40 award recipient. In 2017, recognition of his work in the community, he was recognized as a Leader in the Law by Virginia Lawyers Weekly. In 2018, Savoy Magazine named Brown one of the most influential African American Attorneys in America. In addition, in 2018, he was named to the Virginia Legal Elite for Corporate Counsel by Virginia Business Magazine and inducted as a fellow of the Virginia Law Foundation. In 2019, he was named to the GC Power List. He is also a member of the Richmond Forum.

Carlos also currently serves on the UVA Law School Foundation Board of Trustees as well as the Leadership Council on Legal Diversity Board of Directors.

Tunde is the Chief Executive and Founder of Making The Leap, an inspirational youth & social mobility charity that makes a positive impact for thousands of young people every year.  In 2017, he founded the UK Social Mobility Awards, an initiative with the ambition to make the advancement of social mobility a key part of how organisations are run in this country.

He has an MSc in Urban Regeneration from UCL, was awarded an OBE in the 2008 Queen’s Birthday Honours List, is Chair of an education charity that supports children in Africa, and is a Trustee of a multi-academy schools trust and of a prominent arts charity. Tunde acts as a consultant to organisations on improving race equality in the workplace, is trained as an executive coach and hosts a podcast on addressing socio-economic disadvantage, The Social Mobility Podcast.

A passionate champion of creativity and the talented people and marketers who fuel it, Brandon is FCB’s Global Chief Marketing & Reputation Officer, a newly created role that focuses on forging business relationships with current and prospective clients, while managing FCB’s reputation on a domestic and global basis. With a unique and diverse background that spans copywriting to account management and ultimately global business development, Brandon collaborates with his fellow leaders in 109 operations in 80 countries to push FCB to the forefront of creativity, diversity, culture and innovation. Brandon recently led the FCB partnership with EY and Out Leadership on LGBTQ ally research and sits on the Out Leadership Board

Throughout Brandon’s tenure, FCB was named Adweek Global Creative Agency of the Year and Global Creative Network of the Year by The One Club for Creativity in 2020, picked up 2018, 2019 and 2020 Ad Age A-List honors, enjoyed its best Cannes Lions showing ever, with a top-three Global Network ranking in 2019, and – most important to Brandon – made headlines for taking bold actions to lead the industry in improving inclusivity, equality and generosity. He was an Ad Age 40 Under 40 honoree and was inducted into the American Advertising Federation’s Hall of Achievement.

A small-town boy from the foothills of North Carolina and a proud graduate of The University of North Carolina at Chapel Hill, Brandon carries a strong commitment to service and is an active member of several University and philanthropic boards. He brings a highly creative mindset to everything he does and is an entrepreneur at heart who’s consistently challenging himself and those around him to raise the bar, think big, do the right thing and always remember to laugh.

Anna Chambers Caroline Wicks Karen Frizzell
We use cookies to ensure that we give you the best experience on our website. If you continue to use this site we will assume that you are happy with it.
AgreeRead More
Manage consent

This website uses cookies to improve your experience while you navigate through the website. Out of these, the cookies that are categorized as necessary are stored on your browser as they are essential for the working of basic functionalities of the website. We also use third-party cookies that help us analyze and understand how you use this website. These cookies will be stored in your browser only with your consent. You also have the option to opt-out of these cookies. But opting out of some of these cookies may affect your browsing experience.
Necessary Always Enabled
Necessary cookies are absolutely essential for the website to function properly. These cookies ensure basic functionalities and security features of the website, anonymously.
Functional
Functional cookies help to perform certain functionalities like sharing the content of the website on social media platforms, collect feedbacks, and other third-party features.
Performance
Performance cookies are used to understand and analyze the key performance indexes of the website which helps in delivering a better user experience for the visitors.
Analytics
Analytical cookies are used to understand how visitors interact with the website. These cookies help provide information on metrics the number of visitors, bounce rate, traffic source, etc.
Advertisement
Advertisement cookies are used to provide visitors with relevant ads and marketing campaigns. These cookies track visitors across websites and collect information to provide customized ads.
Others
Other uncategorized cookies are those that are being analyzed and have not been classified into a category as yet.
SAVE & ACCEPT