The New Marker of a Great Leader 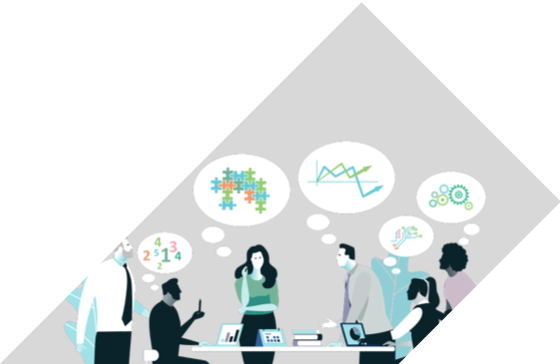 At Hedley May, we have observed that only 7% of the leaders we interview and assess fully understand how to unlock cognitive diversity and reap its many benefits. Yet the research is unequivocal: by promoting it within our organisations, that number could be dramatically higher.

The transformative power of cognitive diversity in the workplace isn’t a new discovery, yet in most organisations it’s a concept rather than a reality. Instead, all the focus is on hiring and promoting demographic diversity – focusing on characteristics such as gender, race, socio-economic background and age. But for those pursuing real transformation of their workplaces, a full embodiment of diversity is essential.

The ability to embrace cognitive diversity and harness its potential will become the most important distinction between a great leader and an average one.

So now is the time to ensure our leaders are trained in this field and equipped with the right skills to make sure their organisations truly fulfil their potential.

It’s important to remember demographic diversity doesn’t automatically result in cognitive diversity. Appointments are often made on the projection of how well a candidate will complement the existing culture, resulting in the hiring of like-minded people. Prioritising cognitive diversity recognises the benefit of hiring individuals who think differently to one another, and the organisation itself, offering a range of viewpoints, perspectives and styles of thinking that will challenge the existing norms.

And while great leaders will harness the power of cognitive diversity, average leaders will be overwhelmed by its challenges.

The Rise of Cognitive Diversity

If leaders only focus on demographic diversity, they will be left behind as organisations continue to realise the benefits of diversity on all fronts. But leaders who are able to support and champion a team of individuals with different thinking styles, and lived experiences, will be the greatest determinant between those we call average and those we know to be great.

1. Younis, R. (2019). Cognitive diversity and creativity: the moderating effect of collaborative climate. International Journal of Business and Management, 14(1), 159-168.
2. Narayan, S., Sidhu, J. S., & Volberda, H. W. (2020). From attention to action: The influence of cognitive and ideological diversity in top management teams on business model innovation.
Journal of Management Studies.
3. Groupthink is a phenomenon that occurs when groups reach a consensus without critical evaluation of the consequences. It is based on a common desire not to upset the balance of a
group of people.
4. Social loafing involves when people become prone to exerting less effort when working collectively as part of a group compared to performing a task alone
5. Olson, B. J., Parayitam, S., & Bao, Y. (2007). Strategic decision making: The effects of cognitive diversity, conflict, and trust on decision outcomes. Journal of management, 33(2), 196-222.