Hedley May held its inaugural US Advisory Council meeting to discuss Diversity, Equity, Inclusion and Belonging (“DEI&B”) on May 6, 2021.

We discussed the critical need to go beyond diverse representation and ensure Inclusion. We agreed that a business must proactively put in place the structures and support that allow employees from underrepresented groups to feel empowered. We also considered the need to undermine the tradition of meritocracy, as well as to find tangible and quantifiable ways to measure and drive continual progress across DEI&B.

Priority One:
Beyond Diversity: Focus on Inclusion

Organizations prioritize diverse representation, but efforts often stop there. The “Equity” component aligned to all of Diversity, Inclusion & Belonging (“DIB”) agendas cannot be ignored. Inclusion cannot exist without Equity. Companies should reflect Inclusion in three areas: their workforces, workplaces and the work they deliver.

To reach Inclusion, professionals from underrepresented backgrounds need to be set up to assert themselves in the same way white colleagues do: they must feel supported and see themselves as part of the leadership.

Diverse employees may have learned to be successful by navigating an organization and to “be chameleons” – but are they set up to be themselves? There is an important distinction. Professionals of different races do not want to be deracialized; they must feel they can assert the same ownership and pride as their white colleagues: “There’s too much at stake for me to speak up if I’m not feeling part of an equitable environment; there’s the chance I will lose what little influence I do have – or even the fear of losing my job”.

Equity and Inclusion are key to retention. If a professional is already in an environment in which they have a sense of both and are not clear if a new environment will offer the same, they will stay put.

Equity emerges when value is welcomed and acknowledged, and diverse employees are empowered. Inclusion builds over time as Equity is bolstered and individuals begin to trust the commitment to it. When independent views are welcomed, employees feel they have a seat “at the table”.

Ultimately, there is no Equity, Inclusion or Belonging if the tone and drive from the top is missing, but there must also be systems at the lower levels to quantify how people are supported.

There is a significant difference between “tried and tested” and “empowered and trusted”: “When a person walks in on Day One, they need to know they have their company’s buy-in and not feel like they need to prove that they deserve their position”.

Diverse talent needs to be set up for success from the get-go, but also be adequately supported throughout career journeys, impacted by the reevaluation of existing processes and procedures but also the formalization of the informal ones already in place.

Diverse talent deserves sponsors: “At some level, people of color and women need a sponsor who is ‘bullet proof’ and can go into a room, put them into a succession plan, and move the chess pieces around to make and promote a place for them”.

Meritocracy is evidenced at the beginning of the talent lifecycle. Compare the knowledge, skills and abilities that were stated in a position spec and strip out what is not actually needed.

Not only do companies need to consider tying compensation of senior leadership to their success in Diversity, Equity, Inclusion & Belonging (“DEI&B”), but the industry and companies need to be held accountable as well. For example, if a trade group publishes companies’ track records in certain aspects of DEI&B, this will bring an element of reputational consequences.

Equity, Inclusion and Belonging should be measured too so companies can understand in a concrete way whether or not their efforts are moving the needle.

When increased diverse representation reaches a critical mass, this will lead to retention. “If a company has more than one executive of color in its C-suite, for example, it provides evidence of the company’s commitment to Diversity and that a new diverse leader coming in won’t feel like they are on ‘probation’ or have to ‘prove’ themselves”.

Diversity – a passion for and the power of.

Learning, curiosity and Diversity have always been central to Hedley May and with our first Advisory Councils now established in New York and London, we recognize the value and role that our Advisors can play in assisting our business. 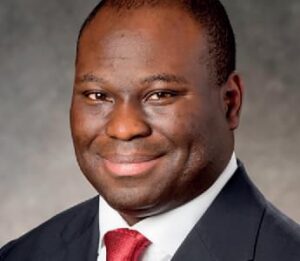 Carlos is SVP, General Counsel & Chief Compliance Officer of Dominion Energy. Carlos also currently serves on the UVA Law School Foundation Board of Trustees as well as the Leadership Council on Legal Diversity Board of Directors. Carlos has received numerous awards and recognition including Savoy Magazine naming him one of the most influential African American Attorneys in America. 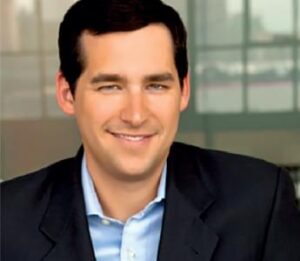 Brandon is FCB’s Global Chief Marketing & Reputation Officer and during his tenure, FCB has won the Adweek Global Creative Agency of the Year, Global Creative Network of the Year by The One Club and the Ad Age A-List honors three years in a row. Brandon recently led the FCB partnership with EY and Out Leadership on LGBTQ ally research and he sits on the Out Leadership Board. 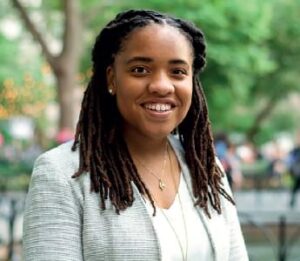 Marissa is Founder & Principal of Tallawah Consulting, a social impact consultancy that helps mission-driven brands maximize their impact by using equity, innovation, and inclusion to drive their core strategy forward. She also currently serves as an Advisor for Root Financial, WorkSchool, co-chairs the B Local NYC Board, and teaches social innovation at City College’s Colin Powell School for Civic and Global Leadership.

Stepping up to the diversity challenge